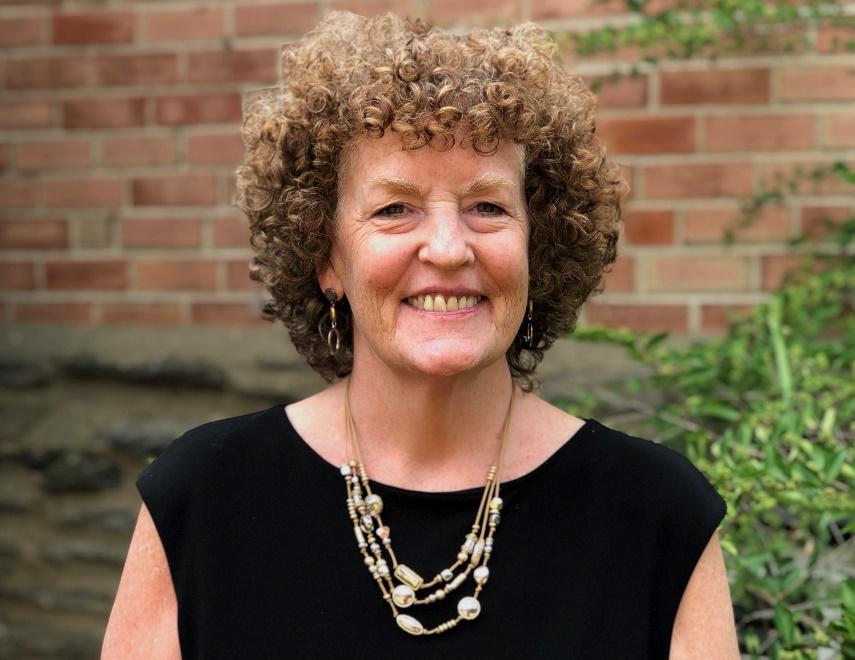 The Pennsylvania Innocence Project announced their new Executive Director, Nan Feyler, in August of 2019. She brings with her more than twenty-five years of nonprofit and government management and advocacy experience.

Most recently, Nan was a Stoneleigh Foundation Fellow focusing on reducing the impact of substandard inadequate or unstable housing on families’ involvement in the child welfare system in the City of Philadelphia. Nan was Deputy Commissioner for Public Health Programs in the City of Philadelphia’s Department of Public Health between 2008 and 2015. In that role she directed the Department’s programs aimed at protecting and improving the public health of Philadelphia and regulating the health and safety of the public.  She also served as the Executive Director of Nationalities Service Center, a multi-cultural, multi-lingual non-profit agency which provides services to the Philadelphia region’s immigrant and refugee population.

After receiving her Master’s in Public Health from Columbia University’s Mailman School of Public Health in 2002, Nan consulted with the City of Philadelphia and the Pennsylvania Department of Public Welfare to develop projects to improve health insurance and Medicaid access for low-income Philadelphians, including immigrants, individuals of limited English proficiency, pregnant women, individuals released from jail in need of drug treatment.

From 1993 until 2000, Nan was the Executive Director of the AIDS Law Project of Pennsylvania, a non-profit public interest law firm serving people in Pennsylvania who are living with HIV and AIDS and others who have been affected by the AIDS epidemic. She developed services focusing on family law and guardianship, immigration, prisoner’s health care and reentry, housing, civil rights and public benefits. She was selected one of Philadelphia’s top lawyers by Philadelphia Magazine in 1996. Nan began her career in Philadelphia as an attorney with the Defender Association of Philadelphia. 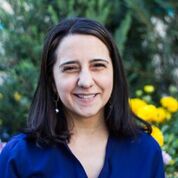 
As Legal Director, Nilam coordinates and supervises the legal efforts of the organization. She has practiced at law firms in New York, Washington, D.C., and Philadelphia. She was a partner in the litigation services department at Schnader Harrison Segal & Lewis LLP. There, Nilam received the firm’s Earl G. Harrison Pro Bono Award. Super Lawyers and a Lawyer on the Fast Track named her the Rising Star in Civil Litigation Defense.

Nilam was a supervising attorney and clinical teaching fellow at the Georgetown University Law Center Appellate Litigation Clinic and received her LLM in Advocacy from Georgetown in 2013.

In addition to her work at the Pennsylvania Innocence Project, she is an adjunct professor at the University of Pennsylvania Law School, where she teaches Appellate Advocacy. Nilam also serves as a trustee of the Philadelphia Bar Foundation and the co-chair of the Board Observer Program. 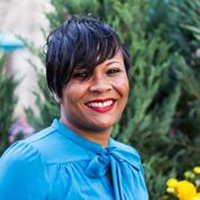 Yvonne Carter was one of the first to join the Pennsylvania Innocence Project. Since 2009, she has coordinated all of the office functions. Yvonne also coordinates intake and overseeing volunteers conducting initial reviews of cases. Before joining the Project, Yvonne worked as a Legal Secretary, first for a bankruptcy attorney, and later at the law firm of Pepper Hamilton LLP in Philadelphia. She is a graduate of the Community College of Philadelphia (AA) in Paralegal Studies.

As the Reentry Social Worker, Blanca is primarily responsible for addressing the reentry needs of clients who have been exonerated and are reentering back into their communities. This includes, but is not limited to, helping clients access benefits, connecting clients to mental health support, conducting weekly check-ins with clients, assisting clients to identify goals, and connecting clients to local resources. She also co-facilitates the Transition to Innocence exoneree support group.

Prior to joining the Project, Blanca was a Child Advocate Social Worker providing case management and advocacy services to youth who have open cases in dependency and delinquent court. She also served on a policy project, where she was part of a research team that developed best practices for schools and juvenile justice professionals on how to best serve young people reentering into the community from residential placements. Additionally, she was one of the eight members of her prior agency’s first established Racial Justice and Social Equity Committee where they guided the agency towards anti-racist practices in the child welfare system, both internally and externally.

Blanca received her bachelor’s degree from the University of California, Irvine in Criminology, Law and Society in 2011. She completed her master’s degrees in both Social Work and Social Policy in 2015 from the University of Pennsylvania. While obtaining her master's degrees, Blanca gained diverse volunteer and internship experience at Community Legal Services, Nationalities Services Center, Youth Sentencing and Reentry Project, Women Organized Against Rape, and the District Attorney’s Office conducting research and working directly with marginalized populations including victims and survivors of trauma and gender-based violence, parents with court-involved children, youth who have been incarcerated, and immigrants and refugees. 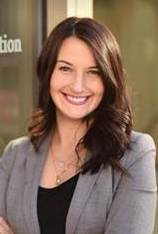 Liz currently runs our Pittsburgh Office. Before joining us, she worked for a small non-profit organization that served at-risk children and families. As Director of Placement Services, she managed 10 direct-care caseworkers and 36 foster families. While working full-time, Liz attended law school in the evenings to earn her J.D. in 2010. Liz is a 2004 University of Pittsburgh (B.A.) and Duquesne University School of Law (J.D.) graduate. After law school, the Allegheny County Office of Conflict Counsel recruited Liz to develop new programs to ensure quality legal representation for court-involved youth.

Here, she collaborated with community youth agencies, county government agencies, and court officials in developing a program model and mission. She was responsible for all policies, procedures, staff recruitment, and identifying and obtaining funding for the programs. As a result, the juvenile delinquency and juvenile dependency divisions of the Office of Conflict Counsel launched in the spring of 2011. Both programs have received praise and continue to grow and expand. After passing the Pennsylvania bar exam, Liz joined the Office of Conflict Counsel’s adult trial unit where she represented adult criminal clients in cases varying cases. Most recently, Liz gained invaluable federal criminal trial experience through her work as a Research and Writing Attorney and Assistant Federal Defender for the Federal Defender’s Office in the District of the U.S. Virgin Islands. 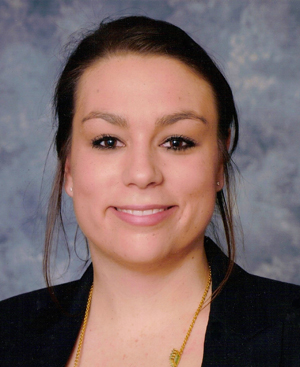 Jessica currently assists on all Development and Communications efforts at the Pennsylvania Innocence Project. She began her career as an actor, earning her MFA in Acting from Rutgers University’s Mason Gross School of the Arts under Obie Award winner Deborah Hedwall. While living in New York, she performed in or directed at The Barrow Group, New Perspectives Theatre Company, The Tank, JACK Brooklyn, Wild Project, and TheatreLab, among others. She also worked from production to premiere on the Sundance 2016 film Sophie and the Rising Sun, directed by Maggie Greenwald. She often pursued work that fell in line with her values as an advocate: most notably, she started a project called Arethusa Speaks which created a safe and anonymous platform for women to share their stories of intimate partner abuse. She also traveled to Bogotá, Colombia for the 2015 Festival de Mujeres en Escena por la Paz (Women Onstage for Peace Festival) where she was the assistant producer for the international premiere of Jihad (OOBR Award for Excellence) by Ann Chamberlain.

While in New York she also worked in the Development and Communications departments of several non-profit arts organizations, such as the League of Professional Theatre Women, where she was an assistant grant writer for two years, and the Women in the Arts and Media Coalition, where she crafted monthly job and education opportunity newsletters for over a year. After moving to Philadelphia for an adjunct teaching position at the Ira Brind School of Theater Arts at the University of the Arts, Jessica was offered a temporary position working with the ACLU of PA as a Development Assistant. There, she fell in love with working in the public interest sector. When the opportunity to become a part of the full time team at the Pennsylvania Innocence Project arose, she was thrilled to join.

Jamar went to Bloomsburg University where he received a bachelor's degree in Criminal Justice and triple minored in Sociology, communications and gender studies. He then began his career at the Defender Association of Philadelphia where he worked as a investigator in the Felony waiver and Municipal court units.

After dedicating four years at the Defender Association, Jamar decided to further his career and is now the Staff Investigator with the Pennsylvania Innocence Project where he analyzes and oversees all investigations of those seeking to be exonerated of crimes they did not commit and raise awareness to issues within the Criminal Justice System.

As the Intake Attorney, Clay manages the Project's case intake/screening process and supervises law student interns and pro bono lawyers engaged in reviewing cases submitted by incarcerated Pennsylvanians. Clay joined after volunteering with the Project and other Philadelphia based social justice organizations.

Before joining the Project, Clay practiced law in New York at two civil defense firms and served on multiple non-profit boards. Clay worked with Gerber Ciano Kelly Brady, beginning with its founding in 2017 through 2020, practicing insurance coverage and commercial defense. From 2011 through 2017, he was an associate with Goldberg Segalla, representing multi-national corporations. Clay has multiple publications in various treatises, and Super Lawyers has consistently named him a Rising Star in Civil Defense.