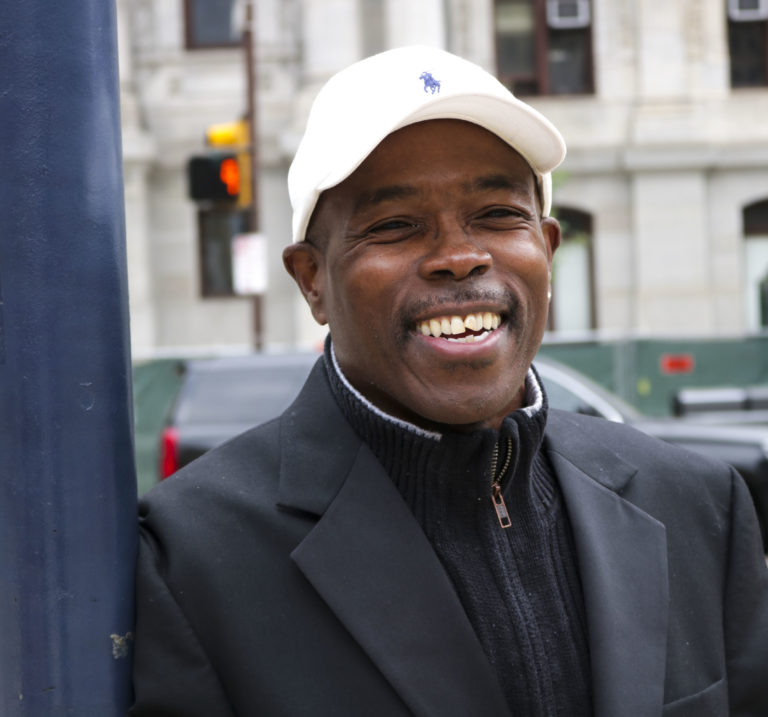 In 1986, a man raped a 14 year old woman at gunpoint in an abonded building in North Philadelphia. The victim initially described her attacker to police as a male, African American with a light skin complexion, between 30 and 35 years old, six feet tall, and 180 pounds.

Mr. Hale is 5’6 feet tall, dark skinned, was 21 years old, weighing 125 pounds at the time of the accusation. After viewing over 100 slides at the Police Administration Building one month after the attack, the victim said that Mr. Hale’s photo “looked like” the man who attacked her. A detective wrote at the time the victim made a “possible identification.”  Two days later, at one in the morning, detectives went to the victim’s house with a photo array and asked her to “pick out the same picture you did before.” The woman selected Mr. Hale’s photograph. Later at trial, the woman positively identified Marshall Hale as the man who raped her. She noted her assailant appeared “older” the day she was attacked.

Technicians from the Philadelphia Police Department testified that the blood type in the rape kit could not be determined. The victim’s underwear and blouse were stained with blood and semen, and that blood typing tests results showed the samples were blood type B. The victim has type O. Mr. Hale’s blood type is A. The jury heard testimony and a direct response to the trial judge’s question that a person with type A blood could not leave evidence of type B blood, however, they found Marshall Hale guilty in 1986. The jury took only three hours to deliberate.

Mr. Hale’s conviction held even on appeal. When he requested DNA testing on the physical evidence, the Commonwealth declared the samples involved in the case were unavailable and likely destroyed.

The Pennsylvania Innocence Project sent the lab reports from Mr. Hale’s case to Larry Presley, the Director of the Forensic Science program at Arcadia University and former head of the FBI DNA Analysis Unit. Mr. Presley verified that Mr. Hale’s blood and semen could not have been at the crime scene or in the rape kit gathered shortly after the crime.

Based upon this evidence we, along with co-counsel Patricia McKinney of McKinney and George, filed a petition with the court asking Marshall Hale’s case be dismissed or he be granted a new trial in May of 2010.

Upon filing the petition for dismissal, we sent a copy directly to Philadelphia District Attorney, Seth Williams, with a letter explaining the case. We asked that he authorize an independent investigation. Unfortunately, DA Williams did not reply.

In December, 2010, after the case was assigned to Judge Geniece Brinkley, the Commonwealth asked for additional time to have the case reviewed by its own expert. A status date was set for February 2, 2011. The Commonwealth’s expert agreed with Dr. Presley, but Judge Brinkley denied Marshall’s petition as untimely.

Attorneys from Hangley Aronchick Segal Pudlin & Shiller joined us on the appeal, and the Superior Court reversed saying Marshall was entitled to try to prove his allegations in court. The Commonwealth appealed that decision, but was denied. When the case was remanded, the Philadelphia District Attorney’s Conviction Review Unit began investigating. After several months, the attorneys agreed that Marshall’s conviction should be vacated and announced they would not retry him. Marshall was released in July, 2017 – 33 years after his wrongful arrest.

Trending: Are Innocent People in Prison Because the Cops Destroyed the Evidence That Could Clear Them?