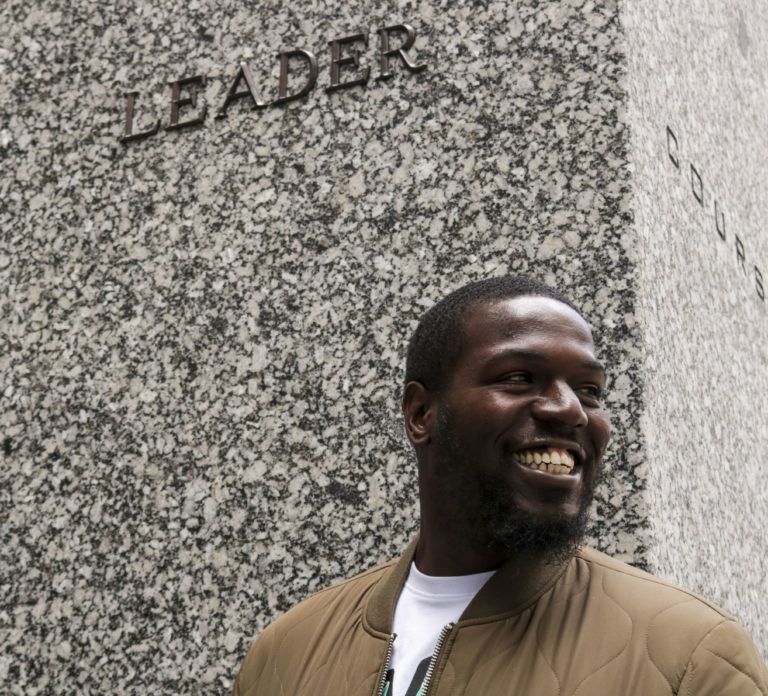 Age at the time of conviction: 18

On the evening of Jan 28, 2006, gunshots rang out from a group of young men standing on a corner in the Strawberry Mansion neighborhood of North Philadelphia.

One of the bullets fired from the group struck a passing car, hitting and paralyzing a 6-year-old boy.

LaRhonda Wright, who was in the car, claimed 18-year-old Donte Rollins fired the shot that struck the child, who was her grandson. She had known Donte for more than a decade and knew that he hung out in Strawberry Mansion, she said.

Her husband Benjamin didn’t get along with Donte because of some past tension between Donte and Benjamin’s nephew. Because of this, the Wright family believed Donte had fired the shot that hit their grandson, intending to hit Benjamin.

Donte quickly became a suspect in the case because of LaRhonda’s statement. Later that same night, a police officer saw Donte walking to his house and stopped him.

Donte had been coming home from shopping with his friends — he wanted a new outfit for a date he had later that night. But his night wouldn’t go as planned.

LaRhonda was driven to Donte’s house, where she identified him as one of the men on the corner earlier that evening. He was arrested on the spot.

Donte proclaimed his innocence, explaining that he had been shopping at the Gallery Mall in Center City and then went to the Net store on 5th and South streets — both miles away from the scene of the shooting.

At the trial, LaRhonda admitted her statement to police made no mention of a gun. Benjamin also admitted at the trial, that during the shooting, LaRhonda said she didn’t know who was shooting at the car.

The defense brought Donte’s mother Ava Rollins to the stand to testify about security videos she obtained from the two stores Donte shopped at on the night of the incident.

She pointed him out in the first video at the Gallery Mall at 6:14 p.m. on the night of the shooting, wearing a gray hooded sweatshirt and a chain around his neck. The second video from The Net, which showed Donte there at about 8 p.m., wasn’t shown to the jury, but photos from the video were presented.

Donte’s aunt and a family friend both testified that it was Donte in the photos, again wearing a gray hooded sweatshirt and a chain around his neck.

The officer at Donte’s home that night said he first saw Donte walking up the street to his house between 8:15 and 8:30 p.m. and that LaRhonda identified him at 8:30.

The jury was deadlocked — unable to reach a unanimous verdict — and asked to see the video from The Net. But they weren’t allowed to view it because the video hadn’t been entered into evidence.

The following day in December 2007, the jury returned a guilty verdict. Donte was convicted and sentenced to 62 and a half to 125 years in prison.

He appealed to the state Superior Court in 2010 and was denied. And in 2011, the state Supreme Court declined to review his case.

In 2013, attorney Michael Wiseman and lawyers from the Pennsylvania Innocence Project filed a post-conviction petition for a new trial, claiming Donte had inadequate legal defense in his first trial.

Donte’s defense lawyer in the original trial failed to present evidence that could have shown Donte’s timeline of events was indeed the truth, and that he could not have committed the crime.

Donte’s defense, for starters, did not present the video from The Net. The lawyer also failed to call alibi witnesses to the stand, including a friend of Donte’s who could have testified he was in The Net video with Donte, and another friend who was with Donte throughout that evening and who had a receipt from The Net timestamped 8:09 p.m. The defense also did not present a receipt from Donte at the Gallery Mall timestamped 6:18 p.m.

Additionally, if the defense had presented transcripts of police radio transmissions, these records would have shown that the officer who first encountered Donte on the night of the crime, was mistaken in the timeline he presented.

The transcripts showed the officer didn’t call in his encounter with Donte until 8:36 p.m., not 8:15 p.m. like he testified. This shows a 21-minute time difference, which contradicts the prosecution’s argument that the person in The Net video couldn’t have been Donte.

After the petition was filed, the district attorney’s conviction integrity unit re-investigated the case. In April 2016, the prosecution agreed to vacate Donte’s conviction. But in November 2016, Common Pleas Court Judge Rayford Means denied the petition.

When our Executive Director Marissa Boyers Bluestine asked Means for his reasoning, he refused to respond. The Pennsylvania Superior Court criticized Means for delaying proceedings in Donte’s case multiple times, for demanding unrelated testimonies and denying to agree to requests for relief.

Donte, along with the prosecution and the state Superior Court, filed an appeal. And in December 2016, the Superior Court vacated Donte’s charges and he was released.

DA drops all charges, man to be released from prison after a decade