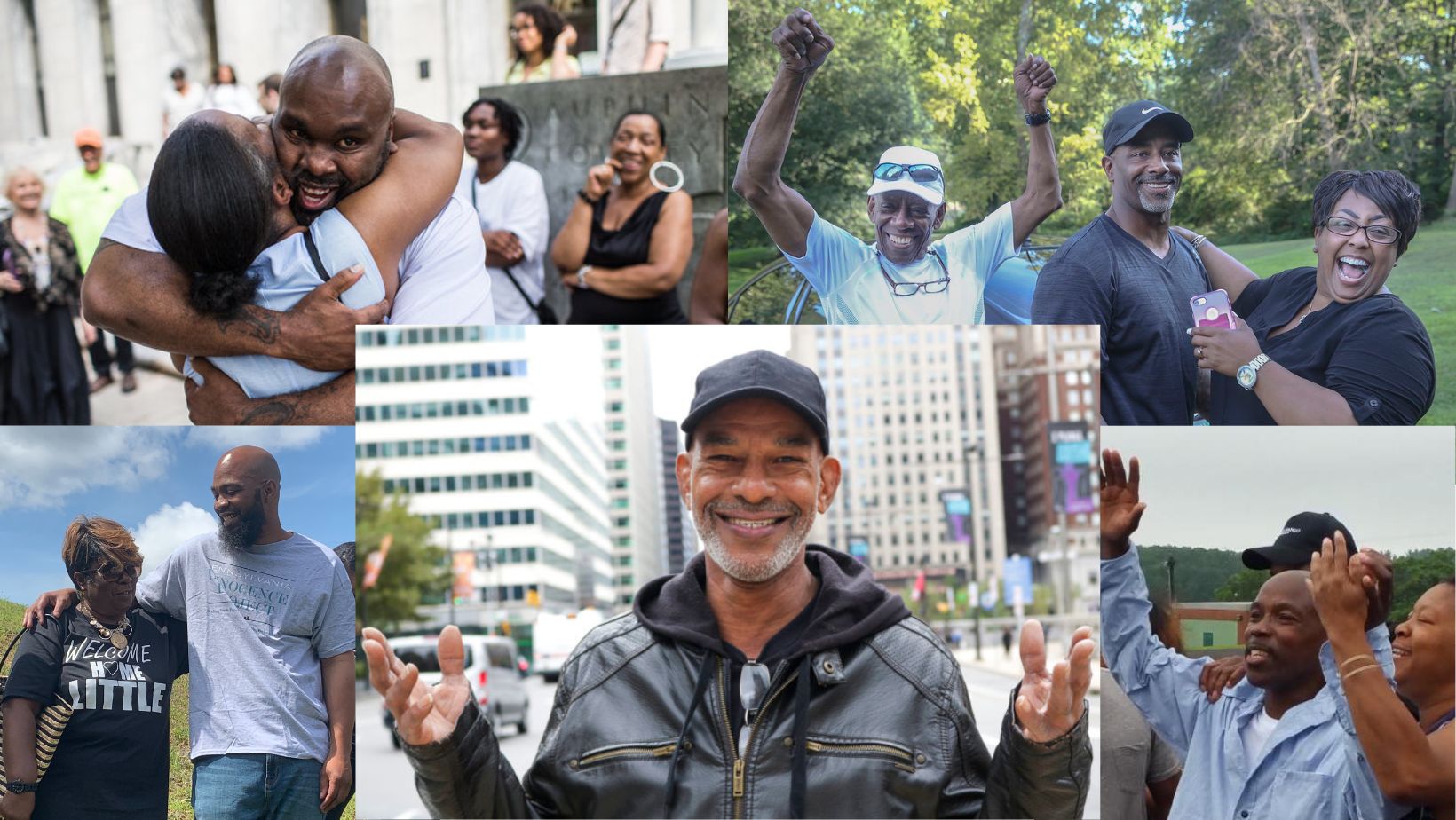 In July, as our nation reflects on freedom and independence, we celebrate the exoneration anniversaries of 5 former clients and, as always, continue fighting for freedom alongside many more.

Ken is among the 5 innocent individuals spotlighted below who spent a total of 130 years in prison for crimes they did not commit. Their stories share themes we see often in our work to exonerate those convicted of crimes they did not commit: suppression of exculpatory evidence, years of uncertainty, and the incredibly difficult choices clients make fighting to be released from prison and to clear their names.

Twelve years ago, Kenneth made the difficult decision to accept a no-contest plea in exchange for his immediate release from prison; the prosecution offered this deal after finally disclosing evidence of Ken's innocence it had suppressed for almost 3 decades. Kenneth continues to fight to fully clear his name.

Keep an eye out for a short series of videos we'll be releasing soon, spotlighting some of Kenneth's story in his own words.

Five years ago, Marshall and Lorenzo were released within days of each other.

Marshall was convicted in 1986. For decades, the prosecution hid the results of tests of crime scene evidence showing Marshall could not have committed the crime. Learn more here about Marshall's case.

Lorenzo was convicted in 1997. Again, his release came about when the prosecution revealed hidden evidence pointing to his innocence. His conviction was originally vacated in 2011, but reinstated by the US Supreme Court in 2012, and he voluntarily returned to prison. In 2017, Lorenzo pleaded no contest to lesser charges and, because of time served, was released from prison once again, this time for goo. Read more about Lorenzo here. Like Kenneth, Lorenzo continues to fight to fully clear his name.

Three years ago, Chester and John were released within days of each other.

Chester was exonerated of his conviction for a 1991 Rittenhouse Square murder. At the time of his release in 2019, he said, "Knowing that you're in prison for something that you didn't do and trying to convince people that you're not lying - your innocence is true, it's real - it's an uphill battle." Chester is now a PA Innocence Project board member. You can read more about him here, and see his story in episode 7 of the Innocence Files on Netflix.

John was exonerated of his conviction for a 1996 Philadelphia murder. John generously shared his reflections on reentry with us for our 2021 Annual Report. He says the most challenging part of starting life as an exoneree has been "getting to know my family again." His portrait appears on the Report cover with his nephew. Read John's story here.

Annual Celebration 2022: Save the Date!

We Need Your Help Join us in our fight for justice